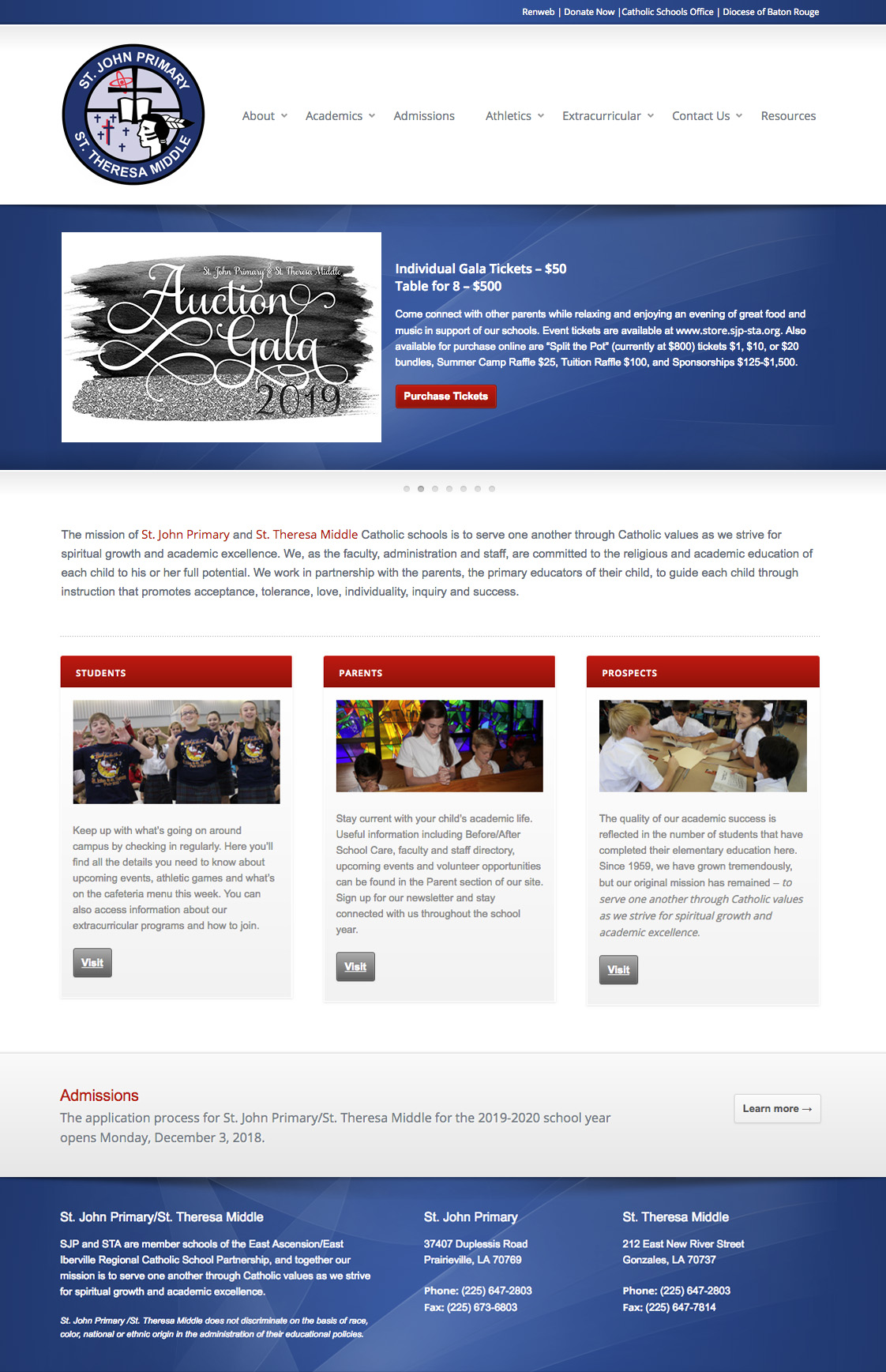 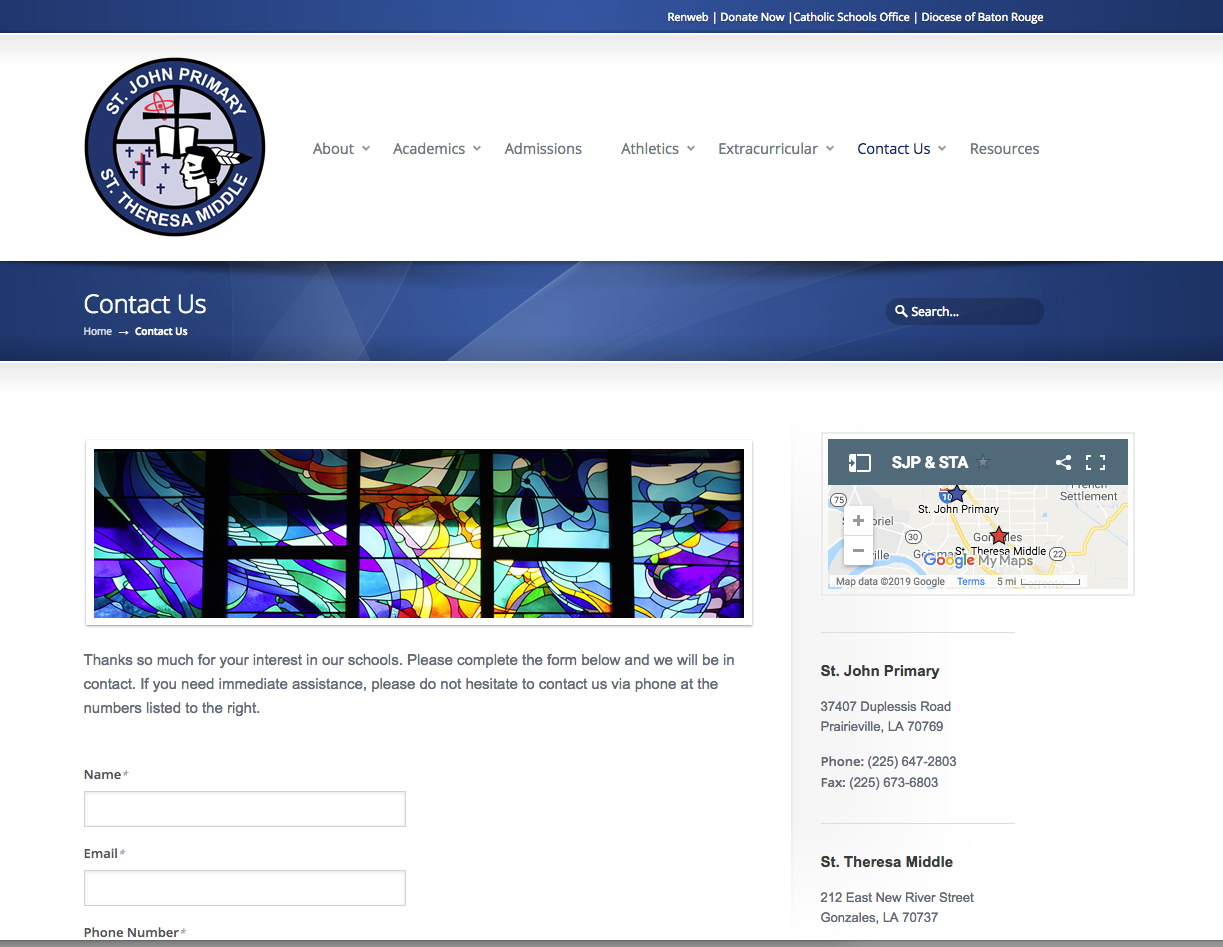 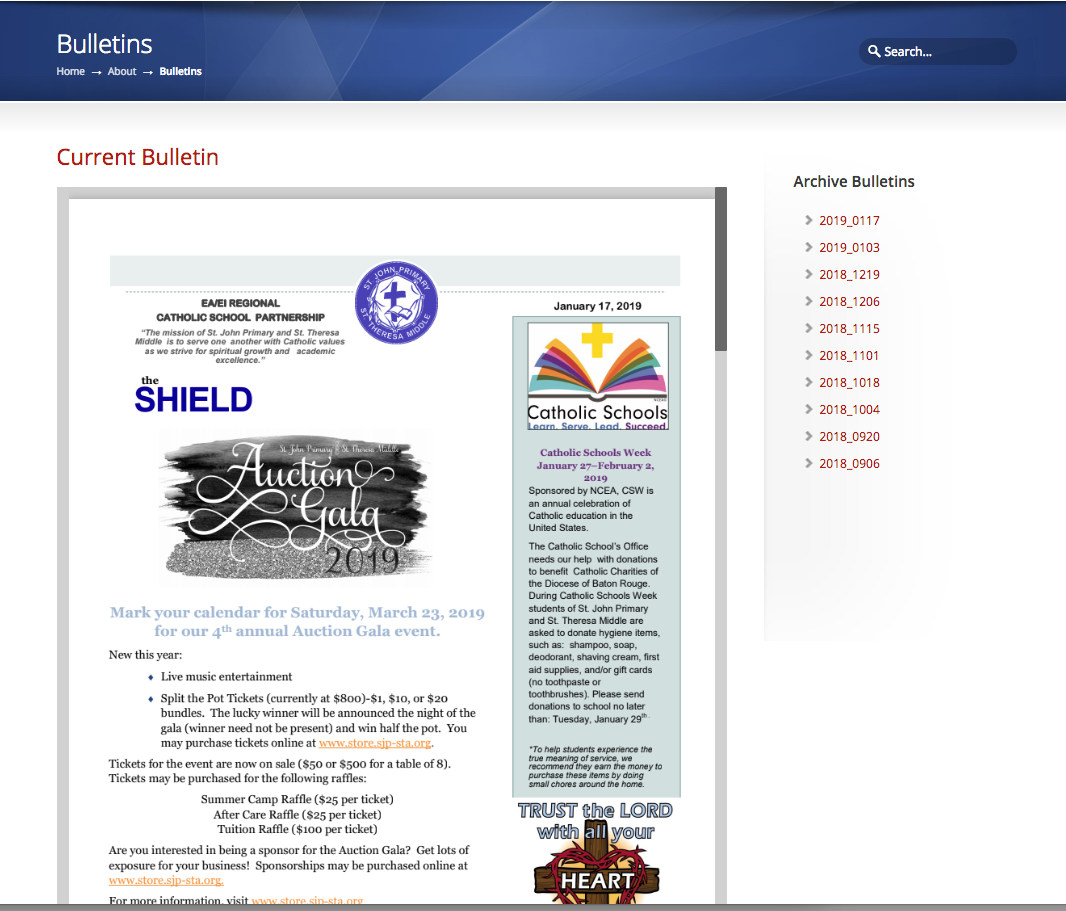 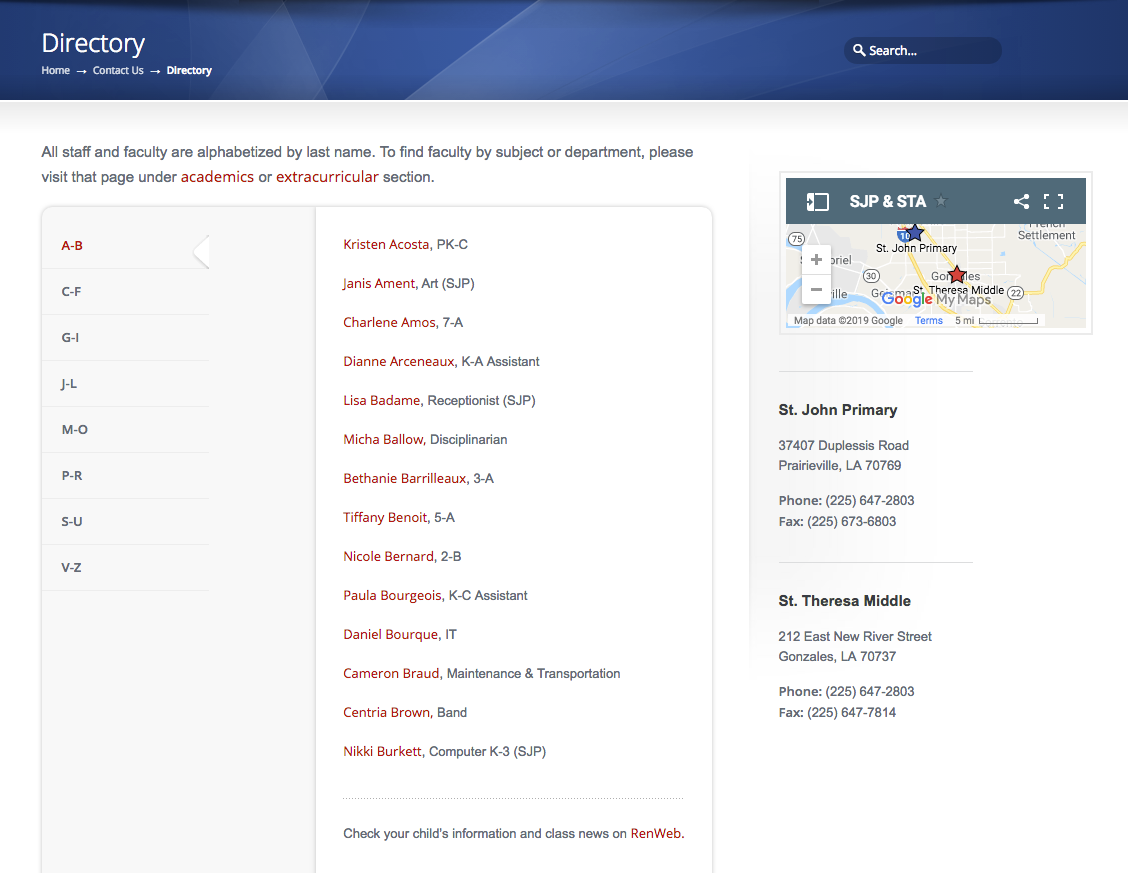 St. Theresa Academy and St. John Primary of Ascension Parish are premiere catholic schools located at two separate campuses. The schools are widely known in the area; however, the principals wanted to promote their schools to prospects that are new to the area or relocating to the area in the near future.

The new web site has been designed using modern web technology that ensures the site will appear similar to viewers across multiple browsers and various screen sizes, including phones and tablets. The site is very content heavy in that the school wanted to provide a wealth of resources for their students and parents. To allow users to quickly access the information they seek, Pastiche implemented a search feature. Additionally, the homepage features three different tracks for Students, Parents and Prospects in which information is organized specifically for that track. Users can expect a custom experience based on their selection, which also aids in delivering relevant information quickly. Other key features include simplified navigation and improved search engine visibility.